Learner drivers to have motorway lessons

Learner drivers to have motorway lessons

As of Monday, June 4, learner drivers in England, Wales and Scotland are allowed to have driving lessons on the motorway. 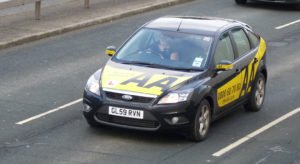 Previously, motorway driving was reserved only for those who had passed their test, or as part of an extended driving ‘Pass Plus’ scheme.

The law change has been welcomed by a series of motoring groups, including the AA and RAC.

It is only a slight amendment to the current regulations and there are strict rules in place, for instance learner drivers driving on a motorway must be accompanied by an approved driving instructor and the car must have dual-controls and be displaying L plates.

It’s also voluntary option for the learner, who will only be allowed to make the step up when their instructor feels they are ready.

Mark Winn, DVSA’s Chief Driving Examiner and Head of Rider and Vocational Policy, said: “Driving instructors will only take learner drivers on the motorway when they have the right skills and experience to drive in a high-speed environment. They already practise driving on dual carriageways, so this will be a natural progression.

“Driving instructors are highly-skilled and spend their lives training people to drive safely. They’ll be sitting next to their pupil in their driving school car – so for their own safety, they’re very unlikely to take anyone who is not ready onto the motorway.”

Road Safety Minister Jesse Norman said: “Britain’s roads are among the safest in the world, but road collisions remain the second biggest killer of young people.

“Allowing learner drivers to have motorway lessons with a qualified road safety expert will help more young drivers to gain the skills and experience they need to drive safely on motorways.”

What the lessons include

During motorway lessons, learner drivers will be trained on:

Mark Winn continued: “We think it’s much safer for learners to be accompanied by a professional driving instructor the first time they go on a motorway, rather than just to drive onto the motorway for the first time after they pass their test without any prior experience.

“Motorway driving lessons will help prepare learners for a lifetime of safe driving.”

Mark also highlights the importance of giving drivers the confidence to drive safely on the motorway network, with those who lack confidence currently preferring to drive on rural roads and avoid motorways all together.

“Research has shown that 80% of all young driver deaths happen on rural roads (just 4% are on motorways). These can be more challenging because of sharp bends, hidden dips, blind summits and concealed entrances.” Mark added.

“Road casualties devastate families and communities. Collisions also cost the economy an estimated £16.3 billion a year, and they add pressure on the NHS and our emergency services.

“Fewer collisions will help to keep the road network moving, and save you time and money as you transport goods and passengers across Great Britain.” He concluded.